The Browns have been the talk of the NFL since the moment the team made a massive offseason deal for star wide out Odell Beckham Jr.

The team is still the favorites to win the AFC North, a division they have never won, and with a mix of young exciting players and vets, the pressure will be on for this team with a lot of hype behind them to win and win now.

Now there’s even more pressure on for winning in 2019, as today Sports Illustrated showed off their new cover with who else on the cover – Wide outs Odell Beckham and Jarvis Landry.

The pair are on the cover for the latest magazine with their preview for the upcoming NFL season.

Check out the pic of the magazine below – released on newsstands this week. 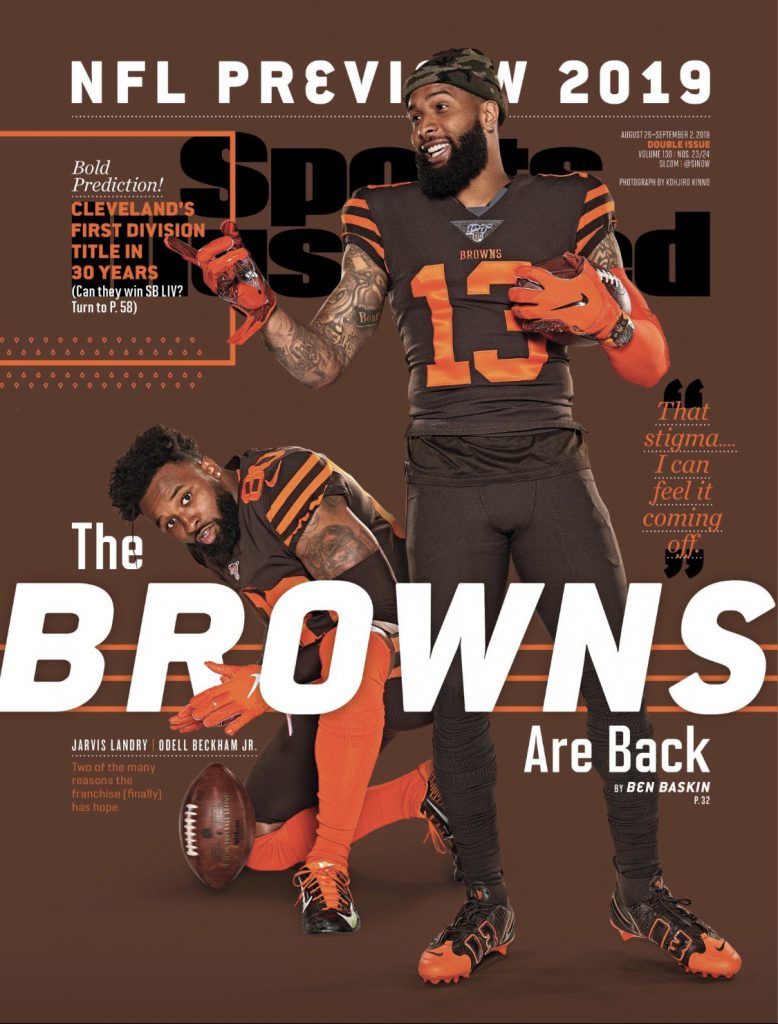 Browns to Be Minus Tight End Austin Hooper Against Baltimore