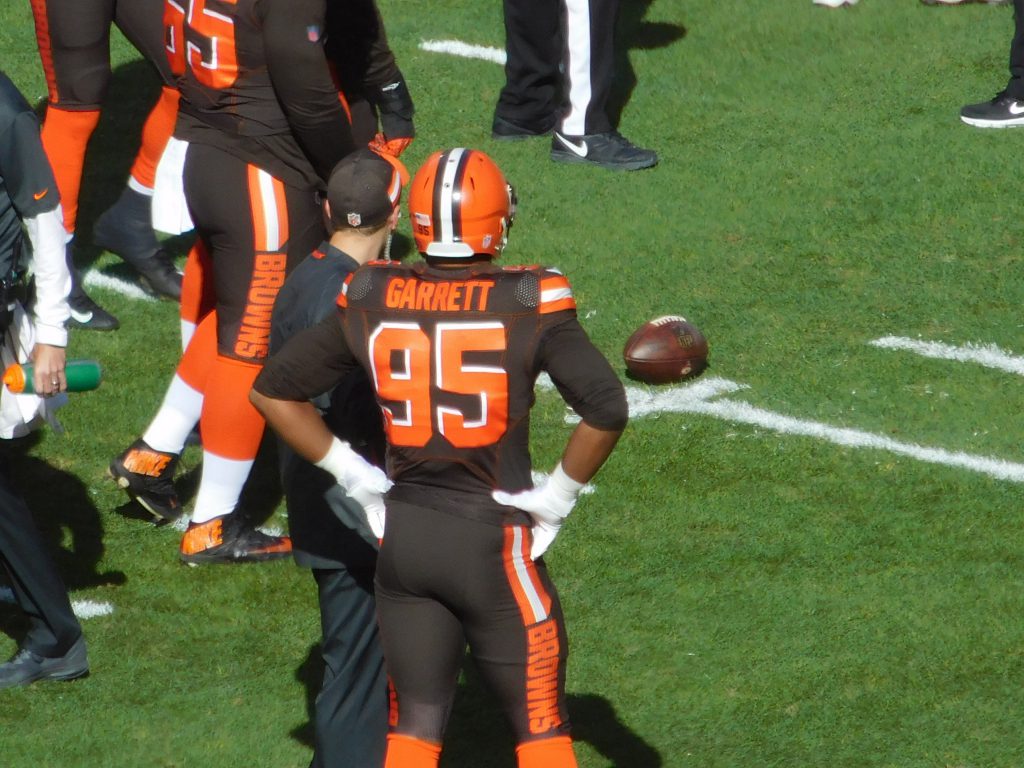 It goes without saying that the Browns would like to have defensive end Myles Garrett around for a long time with the organization, and according to one source the two sides are talking about moving in that direction.

Jeremy Fowler of ESPN reports that the Browns and Garrett are looking at a potential “mega-extension” for the player taken number one overall by the Browns in 2017.

Right now Garrett has a pair of years left on his rookie contract. His fifth-year option was picked up by the team, and it only makes sense for the Browns to start talking now about a new deal for the defensive end.

Last season he was suspended after the ugly incident at the end of the game against the Steelers at home, but before then put up 10 sacks in 10 games.

The contract for Garrett may be in line with what the Carolina Panthers gave to sensational running back Christian McCaffrey. The back got his deal extended after three productive years in the league.

The Browns have plenty of work to do if they want to stay competitive over the next decade, as they will have to not only extend Garrett, but also cornerback Denzel Ward, quarterback Baker Mayfield and running back Nick Chubb.

Browns 2020 Slate Released, Team to Open in Baltimore Vs Ravens
Browns Trim Their Roster to 53 to Prepare for Sunday’s Opener Against Baltimore